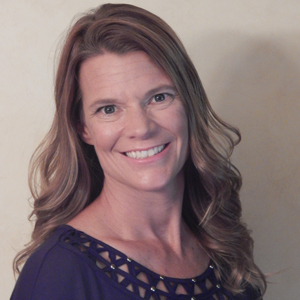 “I think the most important thing is that she has a real love for each and every child,” Principal Renee Ripps says of Tamara Thornell after hearing of Tamara’s California Teacher of the Year Award. “She is the epitome of what a teacher should be.” Tamara Thornell taught bilingual first and second grade students in Oxnard, California from 1994-2005. Tamara’s love for encouraging students to reach their full potential is not saved just for children. As a California Technology Assistance Program Mentor she has given hundreds of technology related workshops to fellow teachers, parents, and community members. As the district’s bilingual reading coach, she has facilitated the professional growth of her colleagues. “I just love teaching!” Tamara explains.

Tamara earned her Bachelor’s degree in Mathematics from UC Davis along with her Bilingual, Cross-cultural, Language and Academic Development (BCLAD) Teaching Credential and then her Master of Education in Educational Technology from Azusa Pacifica University. In 2003, Tamara was recognized as a California Teacher of the Year, was awarded the California Association of Bilingual Educators Teacher of the Year and was named the UC Davis Young Alumnus of the Year. In 2012, she was inducted into the UC Davis School of Education Hall of Fame.

In 2005, Tamara moved to Washington with her family where her full-time job became raising their three children. Later she moved to New Mexico and finally to Cheyenne, Wyoming where she resides today with her husband and children. During all this time, she couldn’t stay away from the classroom! She volunteered in a variety of ways including offering free Spanish classes after school for students twice a week and hosting weekly English conversation classes to adult ESL learners and ultimately returning to the classroom to teach second grade at Veritas Classical Christian Academy in Hobbs, New Mexico in 2015.

Along the way, Tamara has been an outspoken advocate for children’s literacy. She founded the Empty Bookshelf Book Drive which collects donated books, cleans them up and the distributes them to children who need books in their homes. Through Tamara’s loving and energetic leadership, the Empty Bookshelf Book Drive has put over 16,000 books into children’s homes where they may not have been any. In 2016 Tamara was Mrs. New Mexico International and used that platform to promote literacy all throughout the state as well as back in her hometown of Livermore, California.