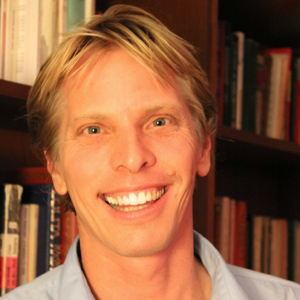 Sébastien DeClerck has been teaching since 1998, starting his career at Soledad Enrichment Action Charter School in Venice, CA. He began teaching French at San Marcos High School in Santa Barbara in 2000 and now teaches French and Italian at Ventura High School, where he has been since 2005. He has also taught high school English, grade nine study skills and college readiness, and in the teacher training program at California Lutheran University. In addition to Ventura High, he currently teaches critical thinking, literature, and English composition at Ventura College and for the California Youth Authority. Born in Canada and having spent a lot of his youth in his parents’ native Belgium,

DeClerck earned his Bachelor of Arts degree in Italian and philosophy at the University of Southern California. His studies at USC included a year abroad in Florence, Italy and Paris, France. He earned his Single Subject Teaching Credential at CSU, Northridge; and an Italian Language & Culture Certificate from the Università di Firenze. DeClerck has won numerous accolades, including 2013 California State Teacher of the Year, the Ventura County Office of Education Educator of the Year, Ventura Chamber of Commerce Teacher of the Month, Barnes & Noble “My Favorite Teacher” Award.

He is a contributing writer to EMC’s French textbook series “T’es Branché.” DeClerck espouses the love of learning over the skill of teaching. “The organic nature of learning and asking questions is more important to me than the mechanics of teaching and providing answers. I want to foster future world citizens that are aware, multilingual and multicultural. It is only through education and a global perspective that democracy and equity can survive the challenges of this century.”

Mr. DeClerck lives in Ojai, with his wife of many years, Tania (also a professor at Ventura College), and their three children: Naomi, Yves, and Adrienne.