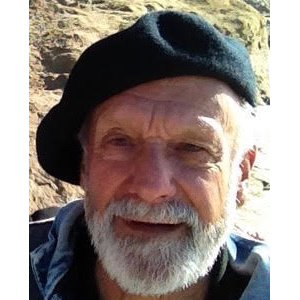 At age 78, Dr.Reno Taini is a first generation Italian-American. He was born and raised and schooled in the same area that he taught and lived in. Always he struggled with the binds of cross-cultural integration.His early schooling experiences reflect an empathy for students confused and frustrated by their urban schools. “It takes one to know one”. It is as simple as that.

As one of the last of the Greatest Generation he saw the struggle and the joy of a post WWII city come alive with strange opportunities.He worked three jobs to go to San Francisco State and was schooled in biological science with an emphasis in Field Biology. The dream of exotic field work vanished when he had to suddenly take care of his two ailing parents. As an only child he had no choice. He considered a teaching credential as an option and went on to earn a very different certificate. It was a General Secondary, multi-subject, Life Credential. This meant he could be hired to teach, or learn to teach, any subject offered by the California public school system. The options were very positive. By the end of the semester he was immediately hired at Jefferson High School in Daly City,Ca. It was only a few miles south of the college.

And then the 1960s erupted. Jefferson was a real epicenter of upheaval. The assassinations, the civil rights movements, the Vietnam war protests, along with the appearance of new drugs and gurus and music all influenced the students at this culturally diverse school. The unrest grew serious. Reno continually confronted the informal student leaders of the school. He knew them all. Those that he did not coach on the football team, he met in his biology classes.

With positive reinforcement, Dr. Tani was encouraged to take the informal, but very influential, school leaders on a retreat to talk things through. It changed his life. It changed the school’s life. Then in 1967 the monthly retreats turned to a full blown alternative program that offered challenge and adventure and compassion and utilized the community resources as part of the curriculum.

The Wilderness School was born. Students could earn credits linked to community projects. And they worked in small teams and with real adults. It worked and it continued and it continues today. In 2003 Reno retired from full time service. He continues to advise and mentor educators internationally and in the USA, as well as leading workshops and seminars . As of today, 2020, the program continues utilizing the latest research in emotional and social intelligence. A major motion picture documentary, “RENO’S KIDS, 87 Days plus 11” has been made of his work at Jefferson High School (it is available on Youtube).