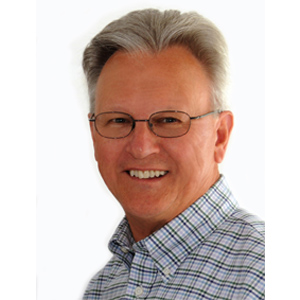 Larry Winfred Bordeaux was born in North Carolina and completed his education in British Literature at the University of North Carolina in Chapel Hill. In 1967, he began his teaching career in Pinehurst, North Carolina, where he taught seventh and eighth grade English. For him, being an educator gave one the opportunity to examine the values of our culture that allow civilization to progress.

Through the study of literature, we can become a positive part of something larger than ourselves, and it is in this situation that we find a special satisfaction with life itself. Experiencing the growth of young people, sharing in their triumphs, and teaching them to cope with their disappointments are the major factors that influenced him to become a teacher.

Larry moved to California in 1971 and began teaching in the Grant Joint Union High School District at Rio Tierra Junior High School where he stayed for nine years. Larry then moved to Grant High School for the next four years, and finally came to stay at Foothill High School in 1984 teaching senior and AP English.

During his eighteen years at Foothill High School, Larry actively and successfully served in a variety of capacities including Chairman of the English Department. He developed an SAT Preparation Course which was adopted and successfully used by the District for several years. In recognition of his work, Larry was awarded the Eva Hutchison Teacher Excellence Award in 1988.

Larry also enjoyed being involved in student-related activities such as the Academic Decathlon and the Knowledge Bowl. In the nineties, he developed two sample literary units – one on Shakespeare’s Julius Caesar and the other on MacBeth – which were taught district-wide.

In 1998, Larry was named Teacher of the Year for Foothill High School, as well as for the Grant District, for Sacramento County, and, proudly, was chosen 1998 California Teacher of the Year for the state of California. He has always expressed his appreciation for the support and cooperation he received from the Foothill High School Administration, from his students and their parents, as well as from fellow teachers. He retired in 2002.