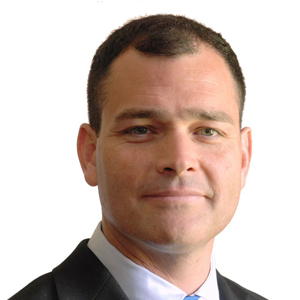 Excerpts taken from Edutopia article, ‘The Anger Pushed Me Through’: On Founding a School, by Nora Fleming

His early days in the classroom were rocky—he didn’t know how to take attendance or plan a lesson—but he stuck with it. A decade later, Navarro and a few like-minded colleagues applied to run their own pilot school. In 2011, the Social Justice Humanitas Academy opened with Navarro as principal. Navarro has focused intently on helping his 506 students—almost all of whom are low-income and Latino—overcome obstacles and succeed.

Navarro is National Board Certified and was named California Teacher of the Year in 2009 and Los Angeles Times Latino Educator of the Year in 2013. Edutopia sat down with Navarro to talk about his early life, the start of his teaching career, and why he thinks he’s been so effective at reaching disadvantaged students.

EDUTOPIA:  Why do you think you’ve been so effective at reaching disadvantaged students?

NAVARRO: We started the Humanitas program [the precursor to the school Navarro started] with a bunch of teachers working together, trying to maximize their influence in the one arena that they have the most influence: their classrooms. We made a really great interdisciplinary, humanities-based curriculum. We put a lot of time into creating assessments after the district gave us a blank check to do our own. So we had great curriculum and we had great assessments, and what we found was that kids still failed. I was like, “How the hell can this be? I’m National Board Certified. My partner’s National Board Certified. I’m the California Teacher of the Year. How is it that my kids are still failing? I’m the best there is on paper.”

I realized it wasn’t enough. We realized we needed to build a community.

It’s amazing the response and the respect you get when you treat someone with some respect. The adoption thing is also a big deal. We know all of our kids individually. We put a lot of time into building relationships. When we started six years ago, one of the schools next door called it a bunch of “huggy, touchy stuff.” We’re the huggy, touchy, hippie school just because I shake all my kids’ hands. I give them a hug. I know what’s going on in their lives. I ask them questions. And when a kid makes a mistake, I don’t just throw the book at them. They’re people. They’re not failing—they’re learning. Treating teachers with respect and giving them the time to do their work is important too. All my teachers have multiple conference periods so they can get as much of the work done at work while the kids are still in the building.