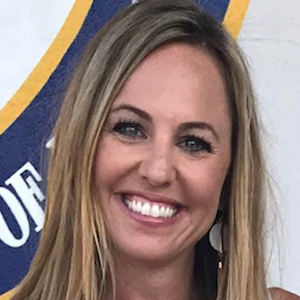 From her first day in the classroom, Amy (Laughlin) Vento has strived to change the outlook for all struggling readers at the elementary level. She firmly believes reading is a powerful gift which intensifies imagination, builds curiosity, and allows access to content and curriculum now and in the future. It truly is her mission to build literacy skills in all children.

Amy earned her bachelor’s in elementary education from Illinois State in 1998, and student taught in a yearlong professional development school in Wheeling, IL. While attending the University’s education career fair during her senior year, she was actively recruited by California school districts, and decided to begin her career as a fourth and fifth grade teacher at Cahuilla School in Palm Springs.

By the end of her third year of teaching, Amy earned her master’s in curriculum and instruction from California State University San Bernardino. She also accepted a new teaching position at Hansen Elementary, a Title I school in Anaheim. In 2008, Amy became Hansen’s literacy intervention teacher. She developed a comprehensive school-wide intervention program for struggling readers at all grade levels. The work led to significant gains from English Learners and socioeconomically disadvantaged students and earned her the Honorary Service Award by the Parent Teacher Association.

Outside the classroom, Amy has committed much of her energy to safeguarding the learning environment of all students. In 2013, she received the Human Relations Award for jumpstarting a collaborative effort with the Anaheim Police Department. This initiative continues to provide life- and community-changing intervention to students who are at risk of becoming involved in gang activities.