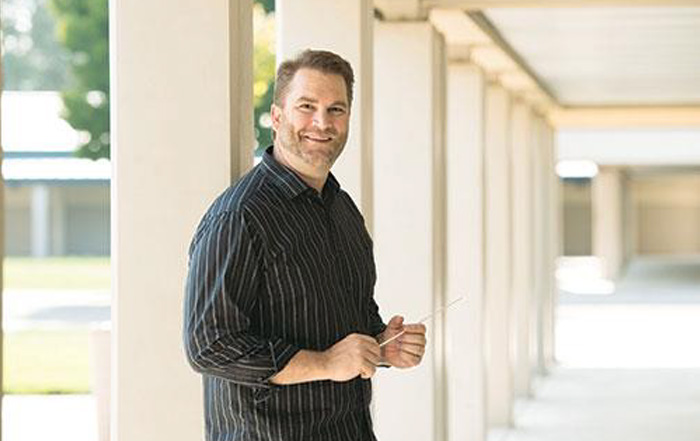 The Right Turn that Changed a Culture, An Interview with Mitch Bahr

Director of bands and 2016 California Teacher of the Year Mitch Bahr is in his 16th year at Foothill High School in Palo Cedro. The school opened in 1991, and when Bahr arrived in fall of 2002, he was already the ninth band director. “There was great difficulty getting the program started. The freshman band had eight students and my advanced band wasn’t much bigger. The band students were the laughing-stock of the school, and students were ashamed to be in band. The jazz band students were not required to sign up for concert band, which led to an elitist attitude from them. When a program is in disarray, the only solution is to start working.”